Google Algorithm Updates: What They Mean To Your Business

Competing in a digital niche and search engines means adapting to countless Google algorithm updates to stay on par with your competitors.

With more and more brands harnessing the power of search, understanding how every Google algorithm functions can help you stay on top of your website’s SEO marketing.

We have put together a rundown of each Google algorithm update and highlighted their impact.

Google Panda is one of the earliest major algorithm updates released by Google way back in 2011. Panda’s objective is to flag and detect duplicate content and keyword stuffing, which was a prevalent black hat SEO practice at the time of release.

Furthermore, the algorithm launched a quality score that helped Google evaluate and rank pages according to how well they answer search queries instead of counting the keywords.

To make sure your page falls into Panda’s good books, we recommend publishing high-quality and informative content.

If you have old pages with poor grammar, we recommend rewriting them and adding keywords more strategically that don’t ruin readability.

Google introduced the Penguin update last 2012, a year after launching Panda. While Panda only focused on keyword stuffing and content quality, Penguin targeted other black hat techniques such as link spam and link directories, along with keyword stuffing.

The update shifted away from link volume as a ranking factor to producing high-quality and valuable content with user-friendly and organically placed links.

With that, brands and SEO specialists should put more effort into content readability, strategic keyword use, and overall user experience that meets the search intent.

Google launched RankBrain as an addition to Hummingbird in 2015 to rank sites according to how well their pages satisfy search intent.

Like Hummingbird, RankBrain weighs pages depending on their relevance to search phrases and keywords. With this algorithm, brands should first implement market research to determine the search intents they want to target.

Otherwise, they’re only pouring resources into aimless content that won’t rank on highly competitive search terms. In other words, content quality is the key to pass Hummingbird and RankBrain.

If you’ve been competing in search engine results pages for over a few years, you should have heard of Google’s core updates. For years, Google has been releasing minor to broad core algorithm updates to improve search results and deliver up-to-date and relevant answers to search queries.

Since Google updates its core algorithm several times a year, there’s little transparency about minor updates and how they affect the search results. But for significant updates such as Broad Core Algorithm Updates, Google releases a statement and guideline before the release so websites can prepare for it.

Google recently rolled out the Link Spam Update with the primary goal to nullify and ignore link spam. With this update, the search engine announced that websites practising link spam should notice drastic changes in ranking, especially those with paid and affiliate content.

Danny Sullivan, Google’s search liaison, announced two core updates in July 2021. These core updates, just like the ones following this list, improve Google’s algorithm in being able to better evaluate the quality of web pages and content.

As a result, websites that perform better than the others may maintain the top spot, while those under-rewarded may notice an increase in their search rankings.

Another broad core algorithm update took off last June 2021. Since this update has some improvements that are yet to roll out, Google released the core update incrementally.

Google started the year 2020 with its broad core update. They insisted on the same set of guidelines discussed above to stay afloat amidst the core updates. Those include focusing on quality and UX-friendly content and satisfying search intent as for all other core updates.

Another broad core algorithm update took off in September 2019. The update took a few days before it was fully operational. Google released an announcement a few hours before launching the broad core update.

Halfway in 2019, Google announced another broad core update that would roll out on several data centres. The search engine also stated that dropping a few ranks doesn’t mean your site has problems to fix. Instead, several ranking factors come into play that causes other sites to outrank yours.

Many SEO specialists consider Google’s March 2019 core update as the most significant algorithm update since 2011. Despite that, the same guidance still applies to this update as it does to the rest of Google’s core updates.

The August Broad Core Update is another core update that earned a nickname in the industry due to its impact on search results. Most SEO specialists noticed that this update affected medical pages more than other industries, leading them to call it the Medic Update.

Google launched the April 2018 broad core algorithm update to target content relevance, among many things. They also stated that sites that have dropped from the rankings don’t necessarily need to fix anything on their site since it’s more of a content-related effect.

Google also reminded everyone to publish high-quality content and step away from link spam and blackhat SEO tactics.

Several SEO specialists and tools noticed an unconfirmed yet significant core update in June 2017. Metrics revealed that this core update resulted in drastic fluctuations in ranks 6 to 10 in Google.

The unconfirmed update affected almost every digital niche, but it caused the most changes to pages competing under the food and beverage industry.

Google’s Mobile-first Update took off incrementally from 2018 to 2020, slowly shifting the search engine’s focus towards mobile-friendly websites. By the time you’re reading this, you should already have a responsive site designed to optimise the mobile experience.

Additionally, the mobile-first algorithm update will greatly impact Google SERPs between desktop and mobile users. Since traffic on mobile is slowly exceeding that of desktop, pages with mobile-optimised UX should rank better than those that don’t.

Google works round-the-clock to deliver high-quality content for an intuitive search experience. That’s why digital brands should play their part and provide data-driven and up-to-date information for their target audience.

But it doesn’t end there, since staying on top of Google SERPs requires a comprehensive knowledge of every Google Algorithm and how each one works together to improve search.

Contact our Sydney SEO agency if you think you have been impacted by a Google update. We will help you develop a recovery plan and have your website back on its feet in no time. 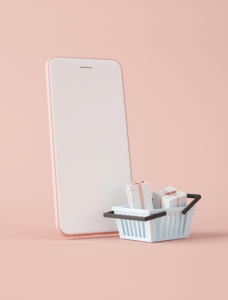 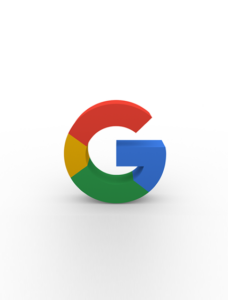 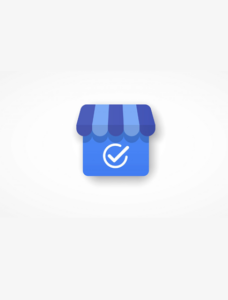