How to Optimise for Google’s Featured Snippets in 2021

When Google first rolled out featured snippets, it became a trophy for websites competing in the top spot of Google SERPs. However, Google didn’t give webmasters much information on earning featured snippets for your keywords.

At Red Search, we have crunched all the facts to give you everything there is to know about featured snippets – providing you with every opportunity to stay on top of your competitors in 2021. Besides, with Google reporting more than 3.5 billion searches every day, optimising your content to leverage featured snippets will undoubtedly generate tons of leads and reward your SEO efforts.

What is a Featured Snippet

If you’re using Google for quite some time, you should’ve stumbled upon featured snippets. A featured snippet, also known as Position Zero, is a piece of valuable content that you can find on top of Google search results.

Featured snippets are high-quality information from a well-ranking website that directly answers a search query. Nevertheless, earning a featured snippet will drive significant traffic for the featured page.

You can have your content featured in Google SERPs as a snippet by keeping the following in mind:

Additionally, featured snippets have a relatively more straightforward algorithm than Google’s core algorithms. That said, performing simple but effective on-page adjustments can heavily influence your featured snippet ranking, as long as you clearly outline your topic to your readers.

How Do Featured Snippets Work

Featured snippets mainly serve one key objective (among others) — to fuel an intuitive voice search. That’s because when browsing through voice queries or Google Home devices, the search engine reads back featured snippets as a response.

As Google stated, featured snippets primarily keep a reader focused on the results page. Keep in mind that Google rolled out featured snippets as a way to provide a smooth and intuitive UX. One way to leverage this is to provide concise and accurate answers to frequently asked questions.

In 2020, Google launched the featured snippet deduplication update that removes featured pages from the rest of the organic search results. That way, results pages with a featured snippet will now have ten organic listings, instead of the usual eleven (11) organic links.

What are the Types of Featured Snippets

If you take a closer look at featured snippets, you’ll see that they come in distinct types depending on the query. You must know the different types of featured snippets so you can optimise your content structure for them.

The different types of featured snippets are as follows:

The most common featured snippets are paragraph contents. These are excerpts from long-form content that Google pulled out from a <p> HTML element.

Featured snippets can also come in numbered and bulleted lists from contents with <ul> or <ol> HTML elements. 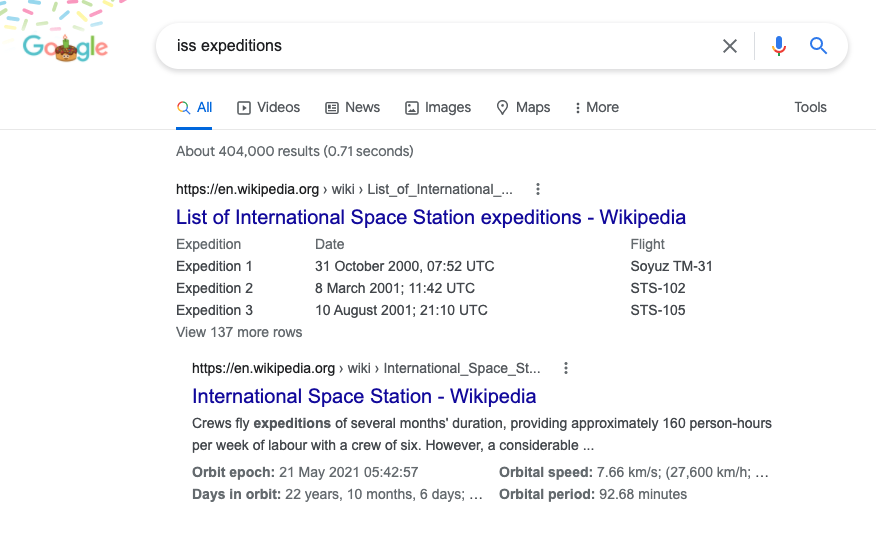 Columns and rows of information directly pulled out from contents tagged with a <table> HTML element.

How to Create a Featured Snippet

There are no one-size-fits-all steps to get your content featured as a snippet. However, you can follow these pointers to increase your chances to rank on position zero:

Several industries may find featured snippets unpredictable for many keywords. That said, developing a content strategy that targets a broader keyword scope organically will be more efficient than writing an article for every target keyword.

In simple terms, you need to build long-form content that discusses not only the primary keyword but includes relevant concepts and queries. Besides, streamlining a long-tail keyword strategy should benefit your ranking and improves your chances of earning a featured snippet.

Over the years, Google’s consecutive algorithm updates have focused on improving the user search experience, among others. For brands competing for position zero, how you organise your content can make or break your overall SEO strategy.

We recommend breaking your long-form content into smaller chunks and using relevant headings for individual sections. That way, users can digest every subheading better than seeing massive blocks of text.

Besides, using subheaders also gives you more opportunities to add semantic keywords and frequently asked questions. To top it all off, you can also build an interactive table of contents that points users and search crawlers to the corresponding subheading.

Whether you like it or not, 90% of featured snippets in Google SERPs are from the top five organic listings. In other words, your efforts to optimise for featured snippets will end up worthless if you’re not on the first page of search results.

Moreover, you can also narrow down to three dominant factors that will influence whether or not your content will rank as a featured snippet:

YouTube content accounts for more than one million search queries with featured video snippets, making it a crucial platform that you can leverage.

Along those lines, creating and streamlining search-optimised video content on YouTube lets you earn more featured snippets and convey your message more effectively. YouTube video content also has better chances to rank on YouTube SERPs and get featured in Google than ranking to page one from scratch.

Furthermore, some large-scale businesses with considerable SEO budgets still shy away from video content as they find it costly and complicated. But today, not only is video content doable, but leading Australian brands find it more engaging and useful.

More often than not, featured snippets will take on a visual approach by highlighting photos and image carousels. Say you earned a featured snippet on one of your pages, but if it lacks relevant images, it will force Google to display pictures from your closest competitors.

So if you want to maximise your featured snippet for optimal brand visibility, always include relevant and web-optimised images on your pages as part of your overall SEO strategy.

Tips in Featured Snippet Optimisation for 2021

Winning the race to position zero means crafting a cunning strategy to outperform your competitors. To earn your spot as a featured snippet, you also need to construct your content correctly.

If executed properly, you can even overwrite an existing snippet with your content — given that your content provides a precise and accurate answer for the query. That said, this on-page SEO elements rundown should give you a heads up on how to kickstart and maintain a rich content targeted for position zero:

Keep in mind that synonyms and latent semantic indexing (LSI) keywords are closely related but are distinct from each other. For instance, the word apple is synonymous with the fruit — but Apple can also mean the smartphone.

LSI keywords should give direction and context to your primary keyword, so Google understands what your content is all about and indexes it in the right place. From the example above, semantic keywords for Apple can be a smartphone, mobile device, technology, and iOS. Those keywords draw the line between the fruit and the smartphone, so you must pick the right keywords strategically.

Moreover, the longer the key phrases are, the higher the chances of Google SERP responding with a featured snippet.

Along with those figures, long-tail search queries reveal user intent better than shorter keywords. That’s why Google searches would return with a snippet to answer the user intent directly.

SEMrush also found out that almost 30% of searches that returned a featured snippet were question-based keywords like why, can, what is, and others. Before you head out and write fresh content, take note of the following statistics:

Search queries that start with where only have about a 19% chance of triggering a featured snippet. That’s because Google uses Local Packs when it detects a local search intent or a where query.

Optimise Your Formatting for Featured Snippets

At this point, you should have a firm idea about the ideal formats for featured snippets, which are paragraphs, lists, tables, and video content.

As you write long-form content for your chosen keywords, using the above formats throughout your content improves your chances of getting featured. You can also enhance your content’s legibility. That’s because it’s easier to interpret enumerations and lists when organised in bullets or tables.

But only use these formats sparingly and when needed. It’s best to keep your lists and bullets about 30-50 words or 200-300 characters.

Resize Your Images for Snippets

If you’re performing on-page SEO for quite some time, you should know that using high-resolution images isn’t always the best option, especially for featured snippets.

Google uses its Images algorithm to select and load images in the featured snippet, and it can sometimes load cropped images poorly. To avoid this from happening, keep your image ratio close to 160 x 200px. For better qualities for snippet thumbnails, consider scaling up your images to 960 x 1200px.

Several sites would hide dates from their blog posts to sound evergreen and relevant for as long as possible. But this technique has its own set of drawbacks, especially for readers who visit your site for research. Aside from that, it can also be detrimental to earning featured snippets.

Monitor your pages that perform excellently, and once their click-throughs and conversions begin stagnating, consider updating them with the latest information. Besides, what are the odds that more recent search results will have a better click-through rate than the rest?

If you’re a large-scale website that provides content for various resources, you can consider streamlining them into different content hubs. These are subfolders you can use to organise content such as marketing, creative, and SEO, among others.

If performed correctly, you can benefit from featured content snippet hubs by:

By following the above tips, you can streamline a reliable featured snippet strategy that will reward your site with better visibility and trust factor. But of course, it takes patience to earn and maintain a featured snippet for your target keywords.

Earning a featured snippet provides a sheer number of opportunities for your brand. You can also outperform the competition by ranking on position zero, thereby boosting your site authority to your target consumers.

Additionally, it takes careful keyword research and content structure optimisation to have Google feature your content in SERPs as a snippet. That said, crafting amazing and unique content to best answer a query will reward you with improved consumer retention and acquisition.

As a developed country, Australia is at the forefront of advancing technologies and this includes mobile phones and devices. Find out more about our nation's mobile usage statistics.

What Is Google My Business & How It Affects SEO

Find out why Google My Business is crucial to your business' success and how it impacts SEO.